Baroness Cumberlege’s Letter to the Editor in The Times

In a Letter to the Editor published in The Times today, APPG Co-Chair Baroness Cumberlege argues in favour of the work of the Independent Medicines and Medical Devices Safety Review and its report, First Do No Harm. The text from the letter is copied below – to view the article in full click here.

Sir, It was unreasonable to suggest in your news report that none of the inquiries set up by Theresa May’s administration has completed a final report (“£300m bill for May public inquiries before any of them produce report”, Jan 1). I was commissioned by Mrs May to investigate the harm done to women by two medications taken during pregnancy, and the life- changing pain experienced by many women fitted with vaginal mesh. Our report “First Do No Harm” cost about £1 million — modest for two and a half years’ work by a small team.

Of the nine recommendations that we made, one, an apology, has been achieved; a second recommendation, the appointment of a patients’ safety commissioner, is promised; vaginal mesh is now seldom used; and a First Do No Harm all-party parliamentary group has been established with private funding, to fulfil the other recommendations and bring justice to those harmed women.

Inquiries are only as good as the change for the better that results from their work. We are getting there. 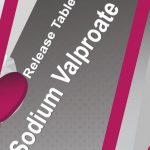 Baroness Cumberlege’s op-ed in The Times